The Magic of Villa de Leyva

It was time to leave Isla Providencia. Mind you, this was no easy task. The tropics always do this to me: take me in their grasp, comfort me with their languid pace and remind me that moving  slowly is its own reward. And so it was for two glorious weeks. The gorgeosity of the water is with me still, will never leave me, and will beckon me back to the Caribbean again and again. May it have its way with me again soon!

I spent my last few days there hanging about with a few lovely Brits … overgeneralizaton that it is, I do so love the Brits I meet when I travel. And so it was with John and Tracey, lovely folks from Manchester who also work in the counseling field, so it was fun to share some of our common interests and engage in otherwise stimulating conversation: from online dating to Brexit and t-rump, to travel and heartache and you know, the stuff of life. Yes, we had some good laughs and a sweet connection.

Unlike the debacle of leaving Cartagena, this travel day was a breeze in every way. Even though it was 12 hours from point to point, everything flowed easily and smoothly. A blessing anywhere, but especially out here in the less-developed world. A taxi to the airport on Providence with Jerry, my taxi driver who I met when I first arrived and who I disappointed with my lack of interest in his repeated amorous invitations. But no hard feelings – he took me back to the airport, kissed and hugged me, told me he loved me (HA!) and saw me off for my 20 minute flight to San Andres.

A few hours wait in San Andres for my connection to Bogota, a chaotic and very noisy boarding process that did nothing to fluster me as I simply took it all in, amused at the flurry of energy and disarray as we boarded the very full flight to the nation’s capital. I was still unclear whether I’d give Bogota a pass or spend a few days there before my flight out in a week or so, as a few folks had told me about parts of the city they quite enjoyed and which might be worth seeing. No need to decide anything about that just yet.

I had read about the importance of getting an ‘official’ taxi at the airport and how to go about doing it. I was prepared. As I exited the airport, a man in a suit asked me if I wanted a taxi. He looked official enough and as I didn’t see any other official-looking people, nor an area of waiting taxis, I decided to follow him, directly, it turns out, to the very un-official taxi. I hesitated for a moment, but before I knew it, my very small suitcase and shoulder bag were already in the back seat and the taxi driver encouraged me to sit up front. I sussed out the situation enough to feel like it was okay, took the shotgun position and we were off. My intuition got a little shaken as we drove and drove through the clogged, urban streets and I wondered if I had made a mistake. I thought about how I’d escape the cab if necessary, how I would reach back for my bags somehow and make a run for it, to who knows where. It didn’t feel like a particularly solid plan, but I was hoping it wouldn’t come to that. As I was busy musing all this, he asked me to pay him before we arrived at the station. This did little to calm my simmering angst. When I asked why, he explained about being an unofficial taxi and the policia and the fine he would receive if caught. I pondered. I asked how far the station was and as we turned a corner, there it was in the distance. Okay, I exhaled, paid him and exited rather than escaped the cab without fanfare. All that conversation, naturally, happened in Spanish.

The bus station has got to be the cleanest, most well organized I’ve ever seen in a foreign country, to say nothing of the infamous Greyhound ones I’ve seen in my few experiences in the US. Broken into four quadrants depending on which direction in the country you’re headed, I made my way to the El Norte section. There I met a young, earnest man who was delighted to practice his English as he directed me to the window for Villa de Leyva. In less than five minutes, I had my ticket and my bus was leaving in 30 minutes … wow! I boarded the empty bus, took my seat at the front, near the plastic poster of Jesus, across from the one of Mary and I figured they were good enough company to see me on my way.

We plowed through the noisy, busy streets of Bogota, taking well over an hour simply to get out of the city, during which time I decided I had no desire to spend any time here. Granted, I was sure there were areas of interest, great museums, old districts to wander though and all the rest; and still, I decided that navigating a city of well over eight million people would required me to rev up to a pace I had no interest in.

Four hours later and well into the dark of early evening, we arrived in Villa de Leyva. I decided I didn’t really break one of my few rules, since I had made an advance hotel reservation the night before on Providence. I had just traveled 12+ hours, from sea level to 7000 feet and immediately, I felt the elevation change in my lungs for the few-blocks walk from the station to the Plaza Mayor, where I would find, I hoped, Hospederia La Roca. All that indeed happened, easily and comfortably. The kind man escorted me to my room through a meandering, whitewashed, colonial courtyard of ornate furniture, Colombian artwork and overflowing plants and flowers: begonias and geraniums, ferns and anthuriums, tis and crotons, birds of paradise and even roses. As tired as I was, I was thrilled with my new surroundings and settled in to what I quickly decided would be my new home for my entire remaining time here in Colombia.

Today’s my third morning and that decision is absolutely the right one. Plaza Mayor is known to be the largest in all of Colombia and maybe even South America. This sweet little hotel sits right in the middle of it. As I am wont to do, I’ve checked out other hotels and while many are charming and inviting, this one is just perfect for me. Picturesque as I look at both the surrounding hills and the courtyard out my windows, wonderfully quiet and get this: the first hot water I’ve had in three weeks! And I need it … yes, it’s chilly here! The days are fine, mid 70s, but the nights go down to the 50s and all I’ve got to keep me warm is my thin cotton jacket and my flimsy, but at least long sleeve beach cover up. For now, they’re doing the trick.

My days are spent meandering through the streets, all of which are not quite cobblestone, more like a dry river bed. Sidewalks are the same or non-existent, so it’s like a walking meditation with every step, ankle-twisting territory that it is. The people greet me with smiles and “Buenas Dias” or “Buenas Tardes” and I enjoy some simple conversations. I’ve been delighted with the change of menu, as surprising as I am to have tired of constant seafood. Not much of a red meat eater at all, but last night, I indulged in a gourmet dish of crepes of filet mignon with mushrooms in a wine cream sauce, along with a glass of Chilean Cabernet Sauvignon, all for the hefty price of $7!

This morning I was all set for an early outing to a nearby town and monastery. I asked the kind man at the front desk to confirm what I knew of how to get there. He called the station, only to find out that I had missed the morning buses and could take one in the early afternoon. We then discussed my other plans for day trips in my remaining days here. Geez, I have some plans for the next few days! I headed out the hotel door with a few hours before my bus to Raquira, turned around and immediately headed back in. It’s time to write, I decided. So here I am, sitting in this gorgeous courtyard, sipping my tea and changing my direction and plan like only a solo traveler can.

This trip is very different, as I’ve already mentioned, than I imagined. I’m moving more slowly than ever and it’s perfect. I am taking the time to sink into place and myself and finding my stride of travel. I’m already considering some future trips for this fall and next winter. I have accessed that place within me that finds and creates home wherever I am, wherever I go. I can sit all day in this courtyard if I so choose, I can pick up and go in one direction when I thought I was headed in another. I can stop in to that lovely courtyard cafe and wile away the afternoon and not worry about not having seen this or that. I feel free to move at the pace that doesn’t push at me, that is calm and relaxed. I can sit, look out at the square, and keeping doing that for as long as I want. Or not. Ahhh, this ease, this freedom, this spaciousness.

Soon, I will finish this post and head toward the bus station. Unless, of course, I decide something else in the meantime. 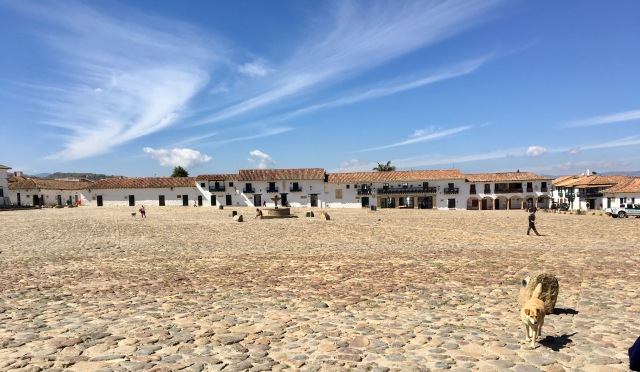 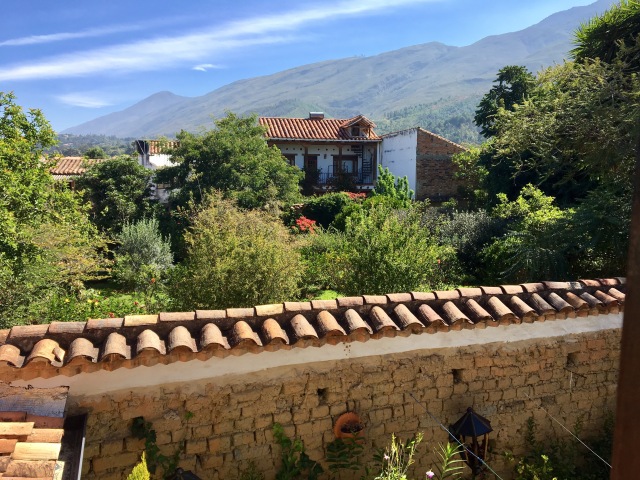 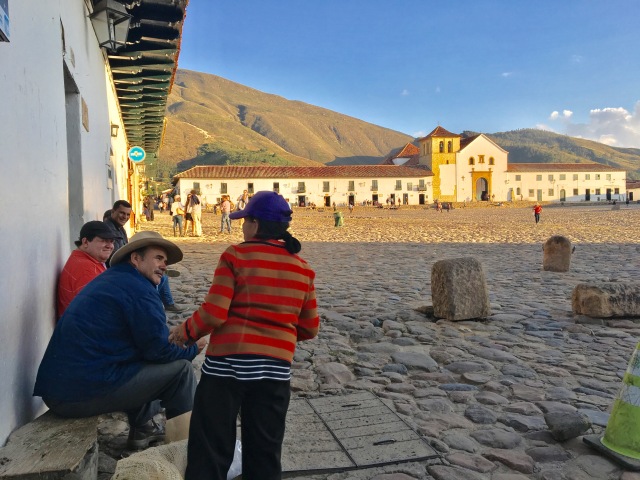 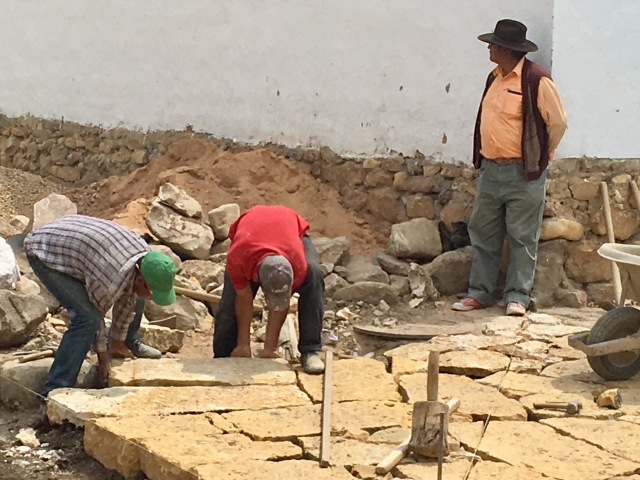 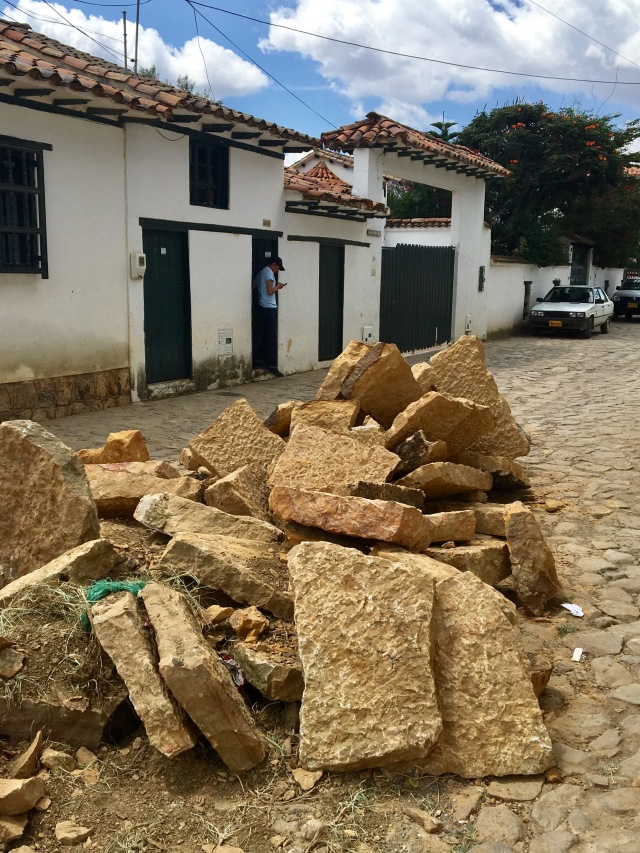 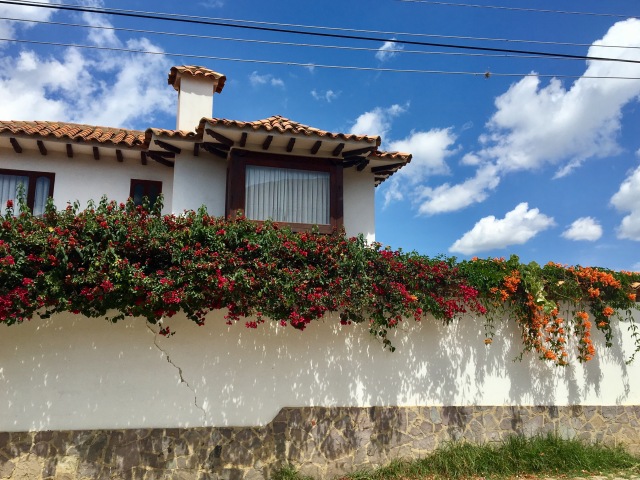 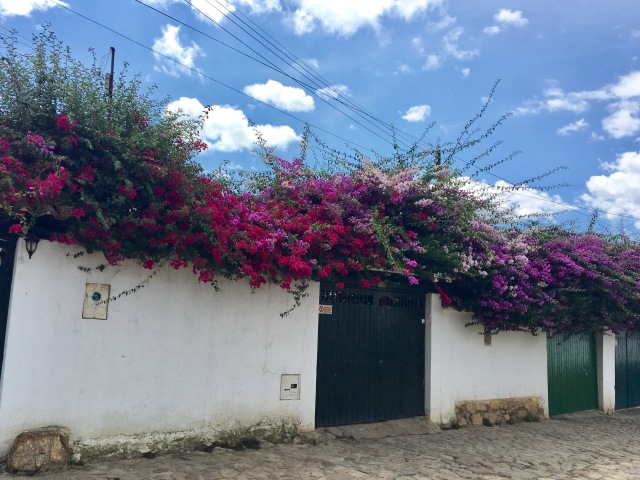 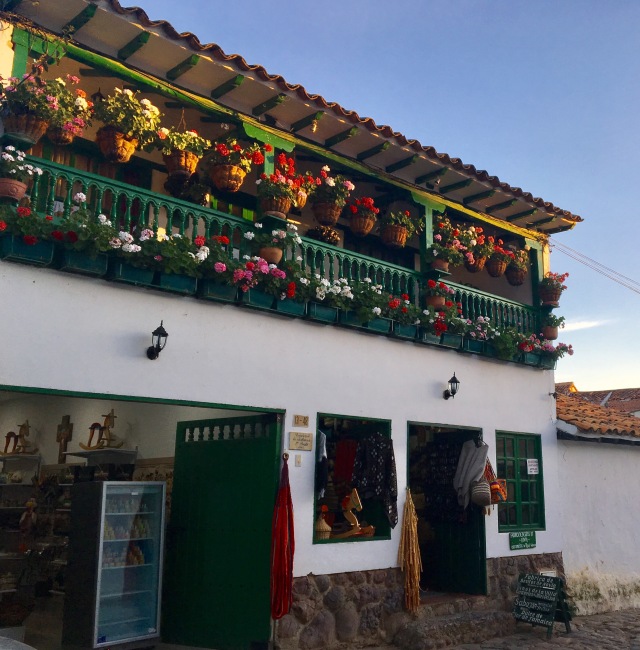 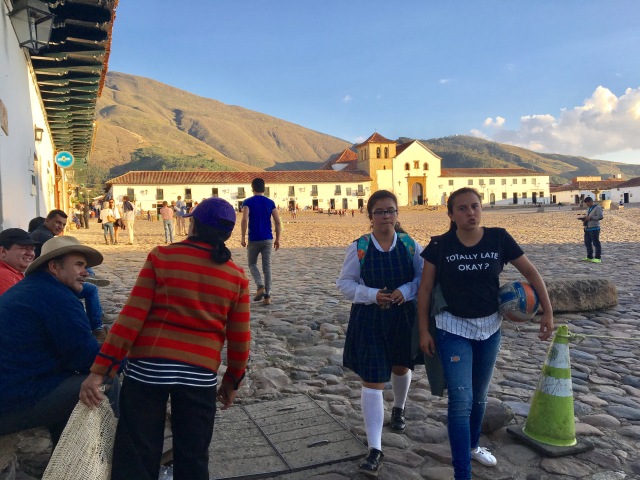 2 Responses to The Magic of Villa de Leyva